First up: I had such a blast reading about all the foods that give you guys the willies from yesterday’s post. I think my favorite was the mama who said her children know she loves them because she still puts pickles on their plates even though her gag reflex is in full effect the entire time she’s doing it.

I also felt a little less alone in my abhorrence of seafood in general. There are more of us than I thought. Want to make a club?

Second: There won’t be any features today. We still don’t have internet, so I wasn’t able to visit everybody and check everything out this week. In fact, I wrote this post at home, then drove to McDonald’s to post it with an almost dead battery (but my power cord with me), only to discover that this particular McDonald’s had covered over every.single.last.one of their power outlets. So, of course, my computer died in the middle of trying to post. Then, I drove to Dairy Queen, where I discovered that half of their restaurant’s breakers weren’t working, which meant that I ended up kicking an elderly gentleman out of his spot to use the one working power outlet in the entire place. WHAT?? I almost feel like I’m tempting fate by posting this morning.

Third: I just typed the number “49” in the title of today’s post and did a bit of a double take. Almost 50 parties?? What? How did that happen? It seriously feels like I just started doing this yesterday. And yet, it’s been a whole year since you guys started stopping by and showing off your creativity. Thanks so much for keeping on showing up each week…I do believe we shall have to do a little something fun (giveaway time!!) as a thank you for the big 5-0 next week!

In other news, I am thisclose to having every single last detail of the nursery done so that I can show it to you.

But for today, to tide you over, I thought I might share a little sneak peak at the progress. 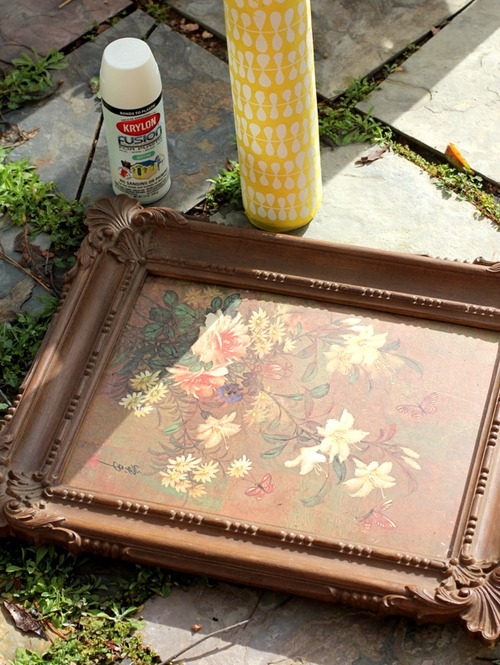 There. Wasn’t that fun? Best sneak peak ever, right?

Okay, so that was only “the before,” with the spray paint can and the paper hinting at what I had in store for that granny art you see there. (Although, honestly, if everything hadn’t been so, well, brown, it might have been pretty cool in its own right; and, for $2 from Goodwill, it had way too much potential to pass up).

Here’s how it turned out when all was said and done (and painted and glued). 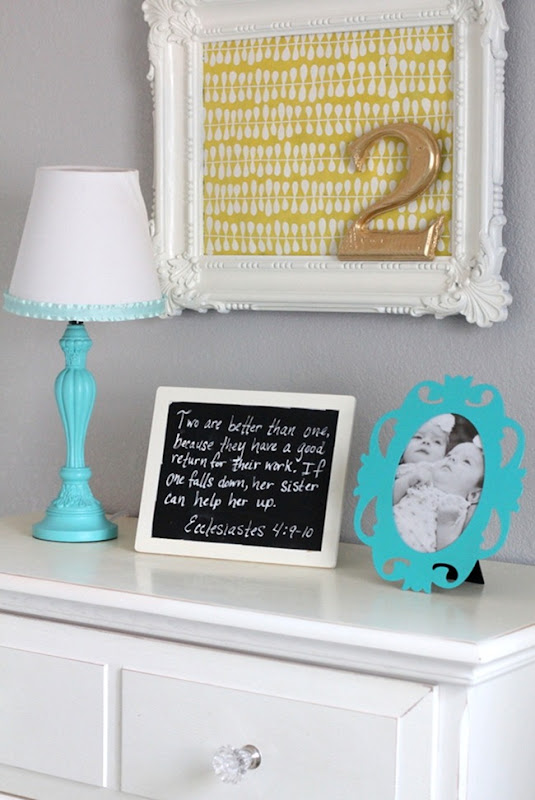 That ugly brown was no match for a few coats of Krylon’s Dover White (my new favorite off-white spray paint). 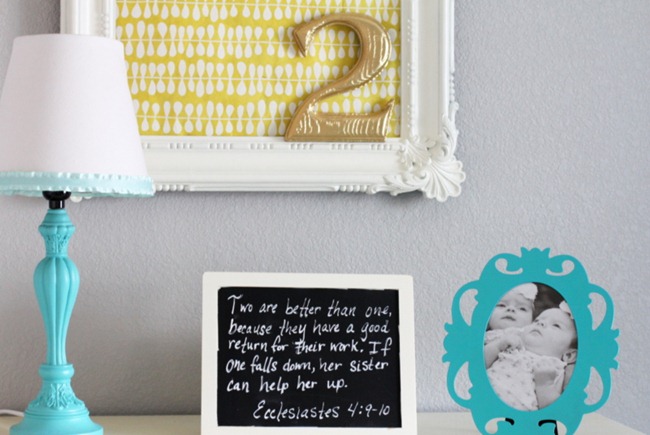 The #2 was also a Goodwill find which got a coat of gold shimmer. The lamp base and picture frame are both from Target. And the lampshade is from Della’s old room (I just changed out the ribbon trim). I’m pretty sure the yellow and white paper was from Paper Source, but I’ve had it for a while, and I don’t remember for sure. 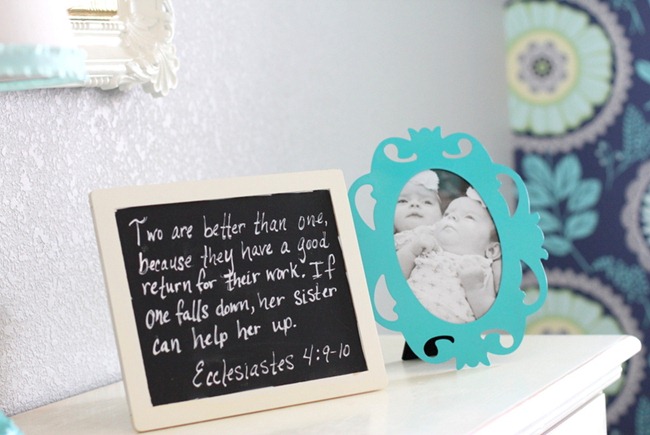 The little chalkboard is from Walmart in the craft section and also got a coat or two of Dover White. (I paraphrased the Bible verse just a tad at the end there to personalize it for the twins, but I don’t think God will mind too much : )). 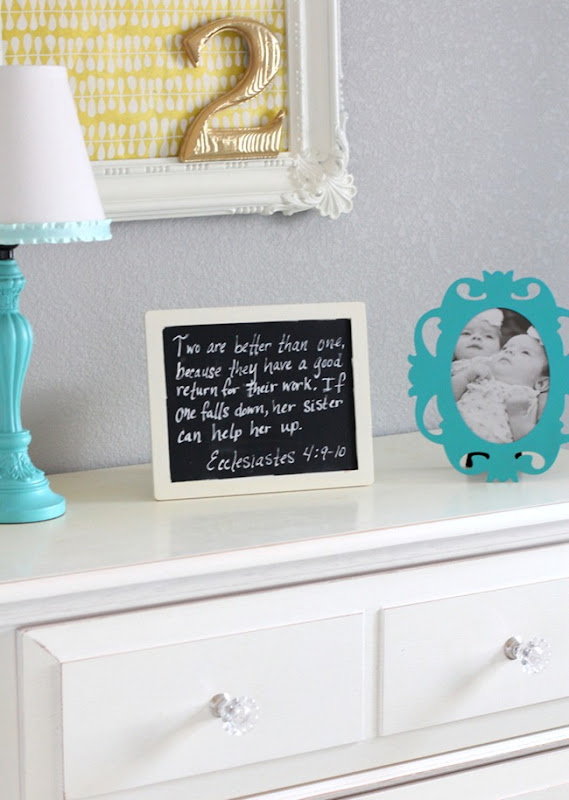 Did you catch that peak I gave you of the Amy Butler wallpaper I showed you eons ago? If not, here’s one more: 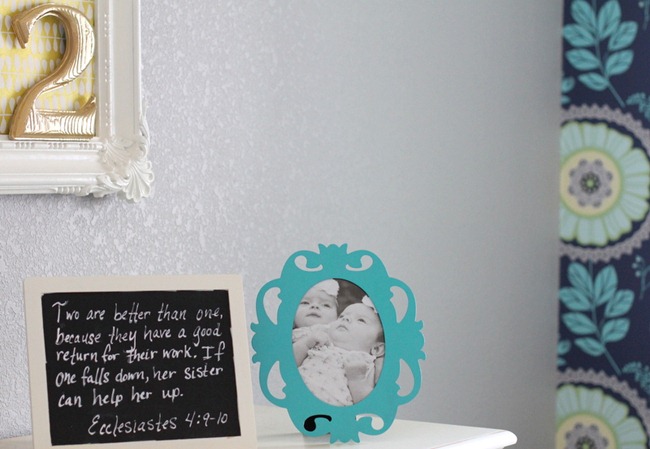 I’m loving their little space, and I can’t wait to show you the rest!

But for now, link up your awesomeness so everybody can check it out!

I hope your weekend is fantastic!